Share a memory
Obituary & Services
Tribute Wall
Read more about the life story of Anthony and share your memory.

Anthony Bernard Brooks was born on April 4, 1950, to George Allen and Nettie L. Brooks. He was affectionately named “Taboo” by his friends and family. He was the fourth of five children. He inherited a bonus mom, Helen Johnson, whom he credits to rearing him until her passing. He attended East Technical High School in Cleveland, Ohio. While in Cleveland he joined the Black nationalist group back in the 70s. He was proud of his time advocating for the cause. He was self employed and was definitely a jack of all trades.

He loved his family and was very family oriented. He was a chef and he loved cooking. He enjoyed cooking various cuisines. He later moved to Columbus, Ohio, where he continued to be self-employed. He spent time with his family and would often be found doing home improvements. He was a trainer and was known for training boxers. He later connected with his nephew/son, “Skees.” They developed a father and son relationship and Skees often referred to him as “My Dude!” He taught him how to be a gentleman and a scholar.

Taboo loved bowling and was a part of the F.A.Y. team. They bowled on Wednesdays and he was the captain on the team. He was the top bowler in the league. He was loyal and he often said he was “so ‘beastie’ with bowling and that if you weren’t with their team then you weren’t on any team at all.”

He leaves to cherish his memory: his siblings, Carolyn, Carl, Georgia Mae, and Bernice; daughters, Kamili and Precious; bonus nephew son, Skees (Jalicia); his toddler best friend, JaCoby; special niece, Jamilliah; Step-daughter, Clotheil, grandchildren, Kamal, Ahmed, Asiya, Huthaifa, Zainab and Amira; 7 great grandchildren, and a host of nieces and nephews. He will be missed by all those who had the opportunity to love and know him.

To send flowers to the family or plant a tree in memory of Anthony Brooks, please visit our floral store. 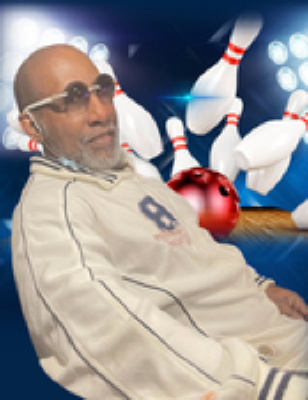