Share a memory
Obituary & Services
Tribute Wall
Read more about the life story of Eddie and share your memory.

Eddie C. Roquemore, at the beck and call of our Lord and Savior Jesus Christ, responded to call on Monday, November 28, 2022, and went to his prepared Heavenly Home. Eddie was born on March 16, 1936, to the late Boise Roquemore, Sr., and Mary Emma (Early) Roquemore in Eufala, Alabama. Eddie was married in 1955 and relocated to Columbus, Ohio, with whom he had three children.

Eddie later went on to marry his beloved wife of 27 years, Lorie (Everett) Roquemore, in 1995, and she has walked with him until death. Eddie was a long time member and Trustee, of the First Mount Carmel Missionary Baptist Church under the leadership of the late Pastor Sutton Richards.

Eddie worked at the Ohio Steak and BBQ Company from 1955 to 1996 for 41 years until retirement, during which time he also worked part time at JP’s BBQ for many of his early years.  He then went on to work at Mecurio’s/DNO from 1997 to 2014.

He finally chose to hang up his work hat and relax a little. Eddie was a Very Hard Worker and taught his children by example the importance of hard work and having to work to live.  As a child, Eddie loved to play baseball and was very good at it. He enjoyed watching many sports, but he loved the Dallas Cowboys and the Alabama Crimson Tide football teams forever.

He Loved singing in the First Mt. Carmel Male Chorus and going to all the gospel singing programs. In his young adult years, he enjoyed regularly traveling to Las Vegas with his best friend of many years, the late JP. He also enjoyed the horse races as well.

To send flowers to the family or plant a tree in memory of Eddie Roquemore, please visit our floral store. 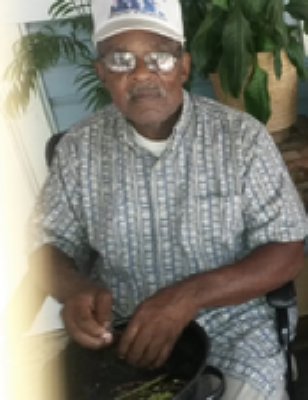