Share a memory
Obituary & Services
Tribute Wall
Read more about the life story of Princess and share your memory.

In Princess’ educational spectrum, she was a graduate of East High School in Columbus, Ohio. Before matriculating as a graduate student at The Ohio State University, Princess earned a Bachelor’s in Fine Arts degree from Columbus College of Art and Design. Following graduation, Princess took her talents to Denver, Colorado where she spent years spreading her wings, enhancing her art skills and began her career.

While Princess was employed at the King Arts Complex, Columbus, Ohio, she also worked as an elementary school teacher within the Columbus Public Schools District.  However, Princess enjoyed her entrepreneurship in her own businesses “R.A.P” Rucker And Petty Graphic Designs as well as owner of the brick and mortar store “Red Paint Fine Arts and Crafts”. Her artwork, floral arrangements, graphic designs, and paintings are not only displayed in her home, but in her church, in the homes of extended family and friends, and in museums.

Princess was a most devoted mother and Mumsi, who also just loved her extended family, of which she gave everyone a nickname, and people in general. We witnessed her love of people in the several social and friend groups that she maintained a very active participation in throughout her life which included her longest group “The Breakfast Club”, who were all joined together by her side 2 days before her passing.  Princess was a very “REGAL” person, which was displayed in her love for dressing up, as she sometimes coined the words, “fancy fancy”!!!

Princess had a special love for her Children and Granddaughter. She thoroughly enjoyed time with all her Nieces, Nephews, Great-Nieces, Great-Nephews and her Great-Great Niece telling each of them that she was their “Favorite Auntie Princess” and that she was indeed! She will be forever remembered as loyal to her family, church and friends near and far. Princess was one who loved entertaining family and friends in her home, cooking impeccable meals and serving them in Royal Style like only she could. She also loved to dress up, put her make-up on, wear her high heels and look pretty. She will be sadly missed by her children, granddaughter, siblings, extended family and all who knew her.

To send flowers to the family or plant a tree in memory of Princess Phyllis Petty, please visit our floral store. 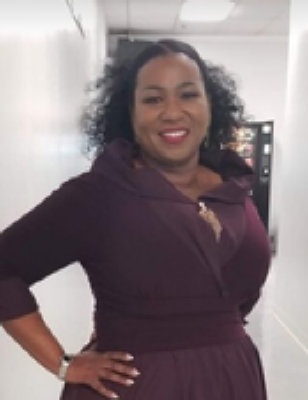